“Every sector of the supply chain has reached capacity and it is time for all of us to step up and get these goods delivered,” said Mario Cordero, executive director, Port of Long. “In Long Beach, we are trying to add capacity by searching for vacant land to store containers, expanding the hours of operation at terminals, and implementing a fee that will incentivise ocean carriers to pull their containers out of the port as soon as possible.”

Long Beach and the Los Angeles port began assessing a congestion dwell fee from November 1 of $100/day per container for cargoes that remain on a terminal for more than eight days. The fees will increase by $100/d, and it will be $300/container on day 10 and $1,500 on day 13.

In an advisory to customers on November 11, Danish shipping firm A.P. Moller-Maersk said the dwell fees charged to carriers would be passed along to shippers as an Emergency Government Port Storage Charge, S&P Platts said in an update.

While containers have started moving, congestion across LA/LB and other U.S. ports continue. As many as 78 carriers continue to be anchored around LA/LB ports. 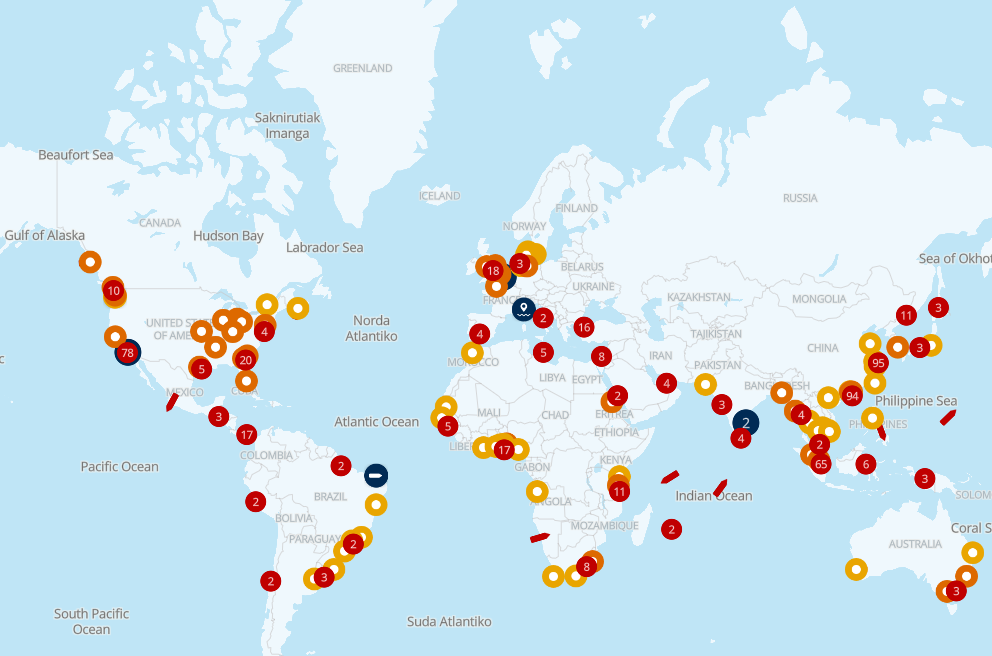 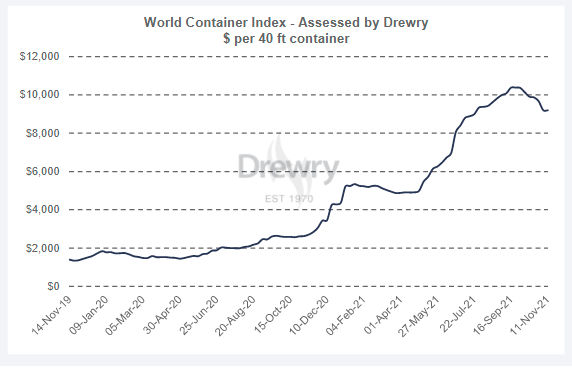 Though the composite index was steady, it remains 250 percent higher than a year ago.

Drewry is expecting rates to remain steady in the coming week.

Container shipping industry expert Lars Jensen said he would be hesitant in concluding that the current decline signals a coming large decline and reversal to normal rate levels. "It seems to imply that the worst pressure on the Transpacific might have been alleviated, but the global capacity shortage persists as we cannot see a similar impact on Asia-Europe, Europe-North America or Europe to South America in the FBX data."